Hello hello to all of you protoevolutionaries out there, today im going to touch on as many things in as little time as possible; its beautiful out.

WHERES THE ADRAFINIL?
You may have recently noticed that Adrafinil has suddenly become a sonavabitch to get a hold of(on ebay at least), the story is that the bay pulled just about every adrafinil source(they didnt pull my sample packs, probably because adrafinils not the main focus).  In the last two weeks even my bulk price has gone up like 20%, its ridiculous.

One of my sources said he got letter from them stating that the takedown is due to an “FDA notice”, but that they would not source the notice/report, and as of now theres no bulk adra on the site.  Theres always a possibility the two sources are just jacking up the price, so ive ordered more from elsewhere and will attempt to put up the REBOOTs anyway, as maybe their being capped will make a difference.

Itll be an experiment.  If they get taken down itll force me to open my store, at any rate 😉 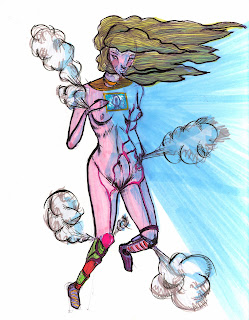 ALMOST NATURAL
Aside from that, im waiting on the last ingredient to come in for the new “Almost Natural” blend, which should launch next weekend i reckon.  Its basically an obscenely powerful adaptogen extract stew with ‘almost’ all natural ingredients, the ‘almost’ addition being vinpocetine, as its a ‘semi-synthetic’ derivative of the natural periwinkle.

Adaptogens are known for relieving cell/organ stress throughout the entire body, as well as having anti-anxiety, anti-oxidant, anti-carcinogen, anti-aging, anti-radiation and anti-toxin capabilities, the boosting of every system(immune/nervous/circulatory) and the encouraging of back-end NGF production simultaneously.

Its essentially an herbal blend featuring the strongest extracts available of the oldest and most well studied ancient herbal medicines, more and more of which are being looked into and picked up for proper nootropic use due to their wide variety of mechanisms and overall effect on the mind and body.  Dosing them together allows for an increased chemically-balanced synchronicity; manning a host of different channels all at once for many similar-acting yet different compounds.

When western AND eastern medicines both recognize a naturally occurring compound as having medicinal qualities, theres something to be said about its relevance.

TETSUO REFORMULATED
Lastly, ive been getting a lot of messages about when Tetsuo will be available on its own.  As ive told a few people, ive been in the process of reformulating it to increase its grandiosity on pretty much all levels, im pretty proud of it <3

Not only is it a lot stronger and streamlined, but its more on point theme-wise.  It feels like Tetsuo; it feels right, its a more complex blend, and on top of that its the same price as before, which is really radicool.  Theres even more in this now than id written about in my last update, everythings perfect on paper and im looking to get 2 new ingredients for it before launch time.

Im thinking 3 or 4 weeks before itll be available, in both the sample packs and as a stand alone item.

The ingredient list will be posted sooner to release.

p.s. REGEN will be restocked and available on MONDAY!