Good evening noots and noot-ettes(see what i did there) 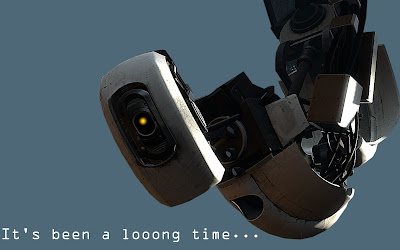 It sure does seem that way GlaDOS.

So, whats the news?

Well, its been a crazy busy couple of weeks no doubt due to the rush of school firing back up all over, but as of right now all orders made(before today) have been sent out to their respective homepoints.

The sheer volume of orders mixed with 2 simultaneous delayed shipments by suppliers caused a 2-3 day delay, but we’re all caught up now <3

NEW STUFF NEW STUFF
As you may(or may not) have noticed, we now have Sunifiram caps and Methylene Blue liquid drops at the store.

Sunifiram-   Sunifiram is a powerful AMPAkine(targets mainly AMPA(and NMDA to a degree) receptors, 2 of 3 main subsets of glutamate receptors) and is a synthetically altered semi-derivative of the proto-noot, Piracetam.

It raises LTP production in the hippocampus, increasing synaptic plasticity long term, which increases neural communication and leads to increased memory retention, perceptual sensory data absorption and dreamstate realism.  It also increases Acetylcholine production in the prefrontal cortex up to 200%.

Conflicts
-Has been shown to increase the effects/lower tolerance to stims should not be taken with large doses of caffeine, adra/moda/armodafinil, amp or other stimulants.  Mixing the two has anecdotally been seen to produce excitotoxicity(cell death due to overstimulation).


Methylene Blue-  Enhances mitochondrial function, raising ATP production and providing a clean, vitamin-like energy.  Also decreases the aggregation(bunching & tangling) of Tau proteins that often occurs with age, which has been linked to alzheimers and other neurodegenerative diseases.

Conflicts
-MB is an MAOI at higher doses, and care should be taken when dosing with SSRIs
-CoQ10 inhibits MBs effects and thus should not be taken together

These include:
Huperzine A
Unifiram

We also picked up some new adaptogens for NearlyNatural 2.0(theres still 130mg of cap space left!):

Chaga mushroom 20:1 extract
(Chaga is a parasitic fungus that feeds mostly on the birch tree, where it slowly drains nutrients from it over long periods of time, giving it its interesting properties.  It has been seen to inhibit Acetylcholinesterase(which breaks down Acetylcholine in the body), as well as have aggressive antioxidizing, anticancer/bacterial/viral/fungal properties, and is host to a litany of nutrients and amino acids

Vasopressin(real vaso, not desmo)
Coluracetam(we’re in talks with a proper supplier, jesus its expensive)

Aside from that, i know i need to update the chem info section, and intend to when we have some extra time.  I’d like to add some extra info as well such as color, solubility, taste, etc.

Also, Mindflare is in alpha right now, things are coming together further past conceptualization, so stay tuned for that fun.